Wayne organised this walk to explore the Lenah Valley and Knocklofty end of the Wellington Park.  Wayne, Gerwyn, Greg, Ann, Bob, Angie, Di and Robert met at Wayne's place in Mt Stuart and bundled into a couple of cars for a convoy to the carpark at the top of Lenah Valley Rd.

We enjoyed the sculpture at the beginning of the walk: 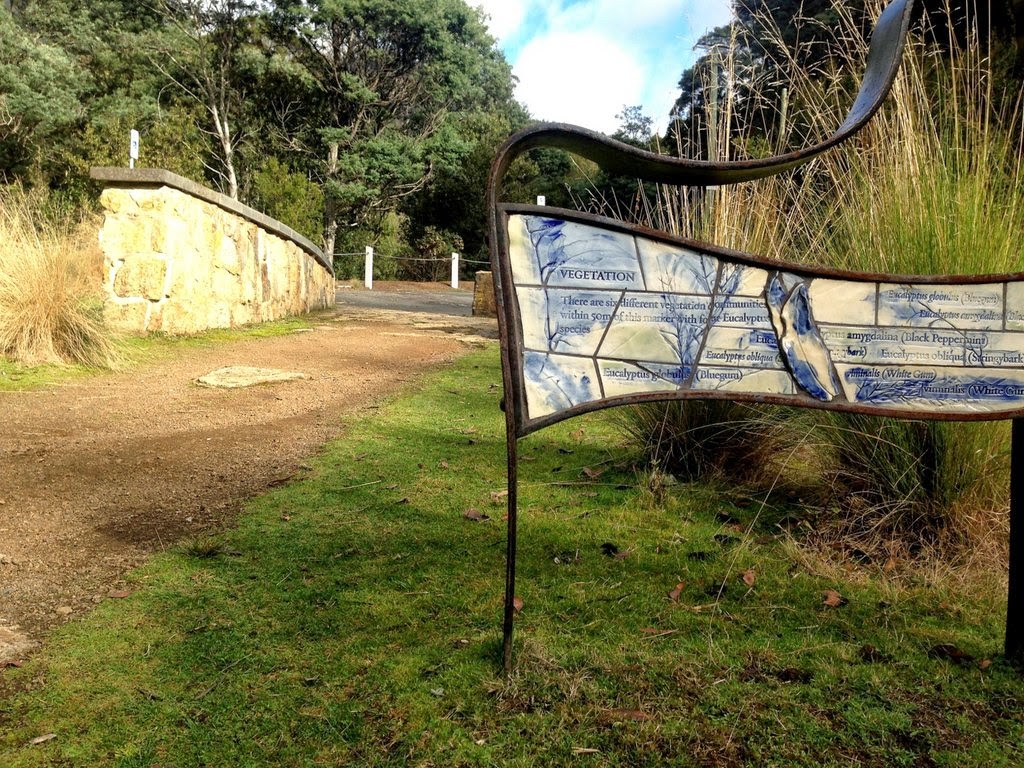 The entrance to Wellington Park at this point is over New Town Rivulet: 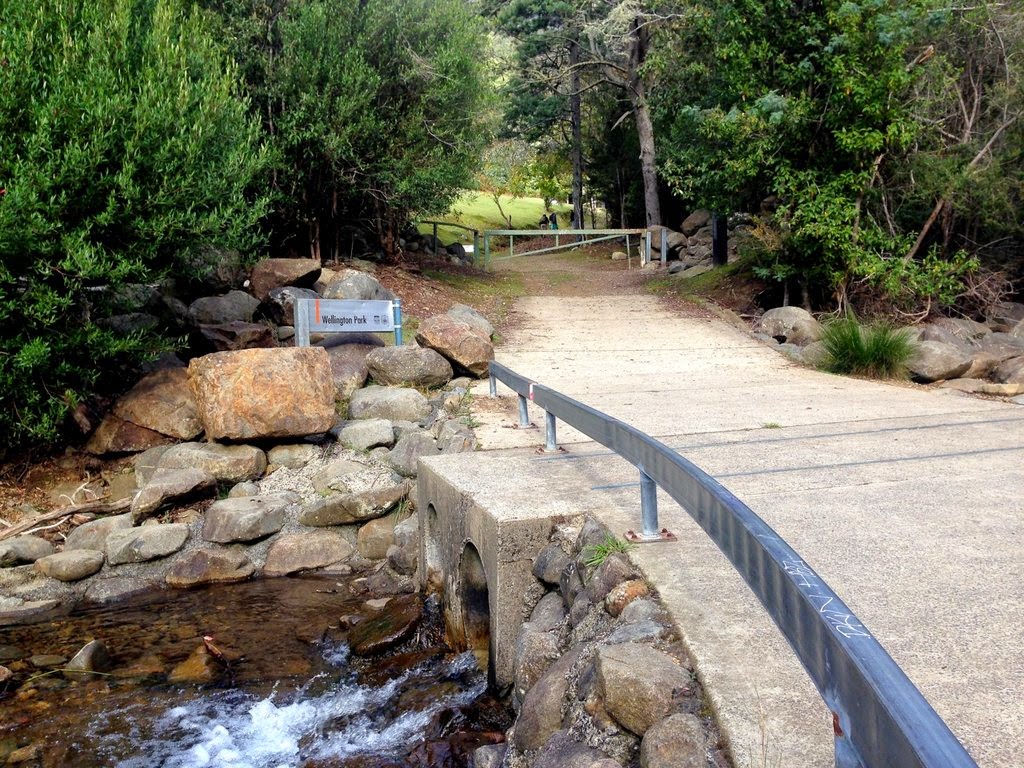 We headed upwards along the Lenah Valley Track, which was pretty and well maintained.  An early stop as we were climbing the contours was for a little detour to look at the Lenah Valley Falls.  And  at this point Angie suddenly felt a little dizzy, so a rest and some food were in order for her.

Soon we were crossing over the popular North South Track, and did not see a single mountainbiker. 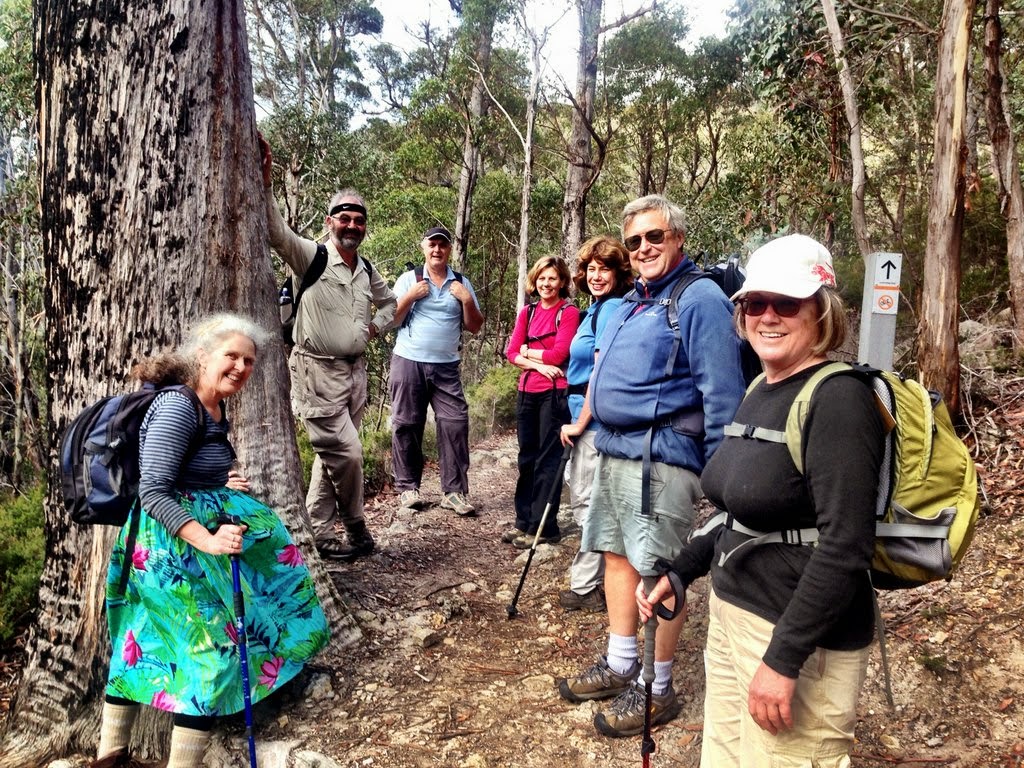 From here on the Lenah Valley Track was fairly level and rather pretty.  Then we turned left and headed along the aptly named Breakneck Track.  This has some steep downhill stretches, with loose gravel patches.  Thank heavens Wayne had recommended we bring our walking poles.  Despite this, Di managed to fall on her back, thankfully suffering only a few scratches.

Then it was time for lunch:

We crossed the Main Fire Trail (and what looks like the boundary of the Wellington Park) onto New Town Track and headed across the valley toward Knocklofty.  On the steep uphill stretch here Di suffered her second leech attack of the day (yech) and Angie felt faint again (not due to seeing the leech).

In hindsight (a wonderful thing) when we reached Knocklofty Reserve we should have turned left  and headed home to Wayne's place.  Instead we strode on, to complete a loop of Knocklofty.  This is a nice little walk, but Angie had a couple more dizzy attacks on this section, and this was getting quite concerning.  Di was glad that Nurse Bob was equipped with a bandaid for her obstinately  bleeding leechbite.

It was interesting walking through the old Lenah Valley quarry, and lovely to finally reach Wayne's place.  The walk had taken about 5 hours.  A car went back to pick up the two cars at the start of the track, and then we convened at the bistro at the State Cinema for coffee, beer, wine, cheese and cake - yum.  Thanks for organising this walk Wayne!

P.S. Angie has been checked out by the doctor and all seems fine.