Angie organised and was our guide on our second visit to this lovely track just inside the World Heritage Area.  Just a year ago not many of us could make it on this walk, so it was good that we increased our number this time around.   Angie, George, Lyn and Di set off from Hobart at 9.10am on a warm and sunny spring day.

It was a two hour drive (including a quick call into the NP office at Mt Field) to the carpark at Timbs Track.  We booted up and hit the track at 11.10am.


The track had seen some rough weather and a number of large trees had come down (worse than last year, apparently).  Navigating these was a bit of a challenge.


There was also a bit of scrub across the track to contend with, and some excursions around water-filled sections.  But it was a peaceful walk with fairly easy grades, including some beautiful hushed and mossy myrtle forests.  The cloud cover was making it hard for the sun to come out and play, but otherwise it was a perfect day for walking.

The track is a popular meeting spot for wombats, as you can see from their presents at the bottom of the sign to The Lookout, which we reached at 12.10 (so, one hour in). 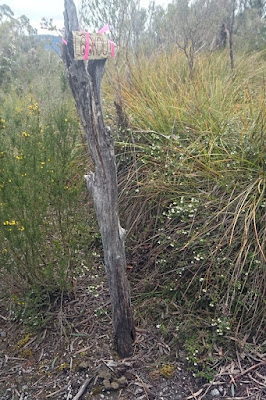 Here, at the midpoint of the walk, the bush opens up to give views to the south west. 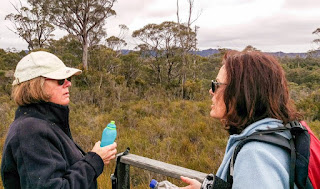 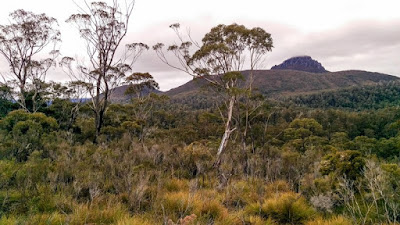 We continued on towards the Florentine River, mostly downhill from here.
Just near the river is the Ewes' Inn, a recently rebuilt shelter hut. 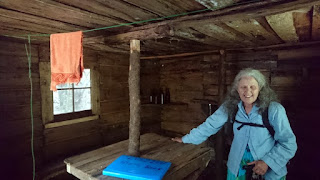 We reached the pretty river at 1.05pm, where we found the lovely mossy and open picnic spot. 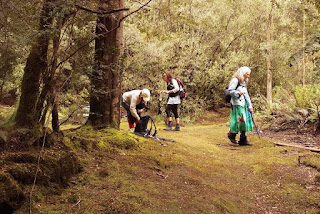 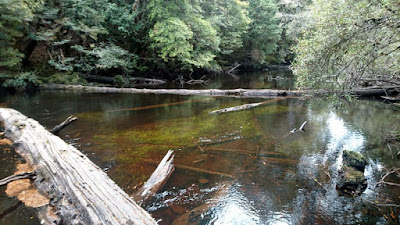 There are a couple of mossies here, but we also saw and heard a Scarlet Robin, and heard a few Olive Whistlers.

After a half hour R&R, we returned along the same track, catching some different scenes as we negotiated our way around the track obstacles.


Back almost at the road, National Parks have recently (since last year?) upgraded a short loop walk which takes you to Twisted Sister, a huge twisted E. regnans.    Taking this loop adds only about 10 minutes to the walk.


And from there the track takes you past the Florentine demonstrators' protest site and camp, now decaying back into the bush.  Let's hope the forestry wars don't get inflamed again to the point that protestors have to chain themselves to logs, perch in trees, and sit in front of bulldozers. 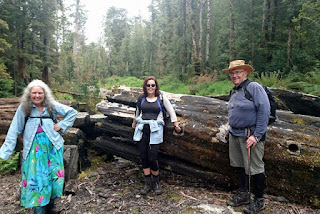 We were back at the carpark at 3.40pm, making a total walk time of 4.5 hours.  And home in Hobart a couple of hours later, we were tired but happy, chatted out and kink-free.
Posted by Di E No comments:

Kat organised this little run up Mt Wellington.  The walkers on the day were Philip, Kat, Bob and Lyn.   The keen group met at 10am at the Springs, in the upper Springs carpark, where the old hotel used to be.   It was estimated at a max 4 hrs walking, with coffee at the new van at the Springs afterwards, a good plan!

It was a cold and blustery day.  As Kat says, we zoomed up and hunkered across the top before we were blown off! 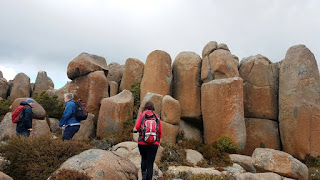 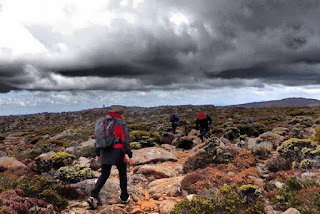 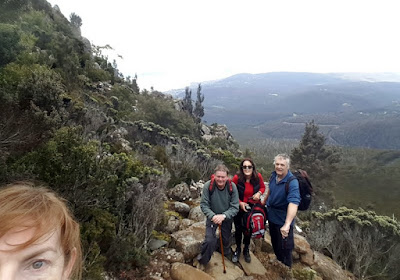 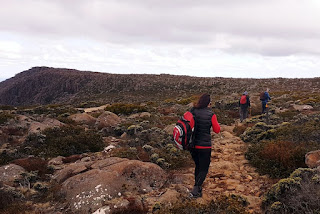 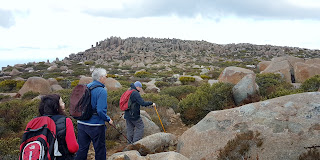 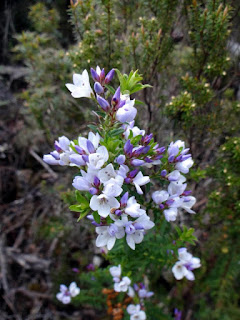 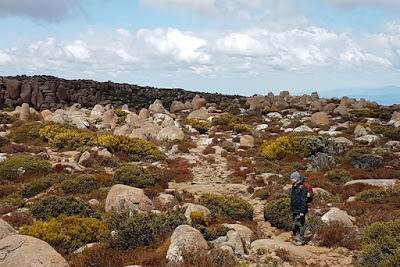 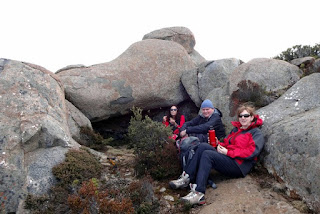 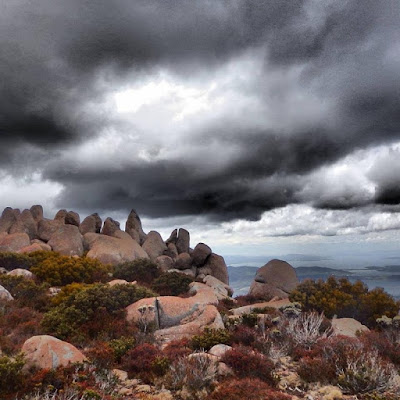 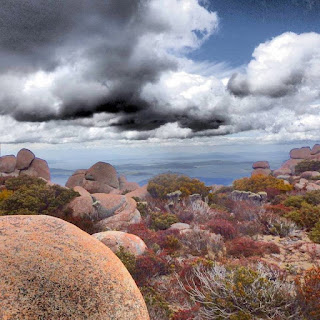 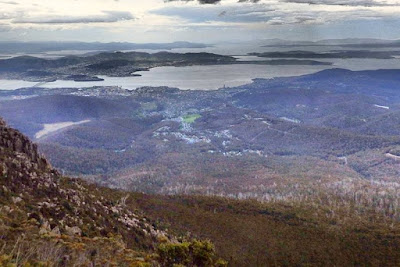 For more info, here's another description of the walk:  (http://tastrails.com/ice-house-loop/)