It has been a long time between posts, fellow walkers!  We've not been entirely inactive, there have been some group walks held in the last six months, but we've been too busy to share the details.  This month Lyn organised a return to Cape Raoul - we last visited here over seven years ago in January 2010, so we were interested to see what had changed.  The track is currently being improved so that Cape Raoul can be added to the excellent Three Capes walk.

There were seven of us - Lyn, Di, Robert, Bob, Kat, Philip and Angie - setting out on a perfect spring day.  We left Hobart at 8.30am, rendezvous-ing at about 10am at the Nubeena Bakery for coffee.   The bakery was pretty basic and Angie was very unimpressed with her muffin, but the coffee was OK.  The nearby Lucky Ducks cafe looked more interesting - next time!

Not far out of Nubeena we turned right into Stormlea Road and were soon in the carpark at the beginning of the walk.  The carpark has been expanded since we were last here (we've been to Shipstern Bluff a couple of times since then - 2013 and 2016), and a handy dunny in a field has been added.  These walks are included in Tassie's 60 Great Short Walks and Shipstern Bluff in particular gets a lot of visitors. 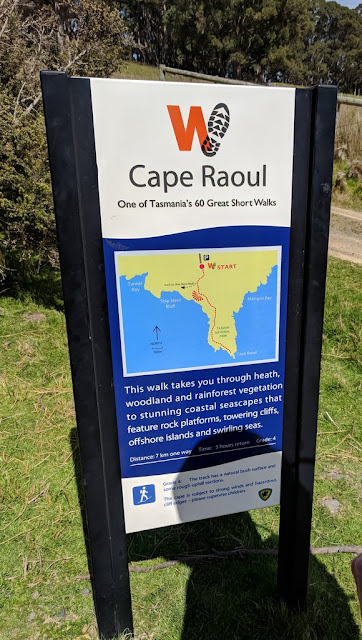 Lyn dutifully registered our group in the walkers' book and we set off at about 10.50am.  The track workers have completed about 75 percent of the planned improvements and the walking is already a lot easier.  Compacted gravel paths with attractive stone retaining borders, and better graded inclines, make the path more comfortable.  There is a sturdy timber bridge where we used to have to teeter over a slippery log!  Now we can enjoy the scenery instead of having to concentrate on every step.  Soon walkers here won't need boots any more, as walking shoes will be quite adequate.


Shortly after we reached the clifftop we came upon two men creating a couple of lookouts. 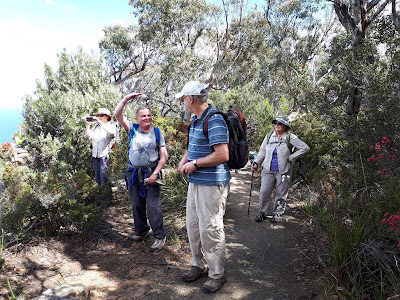 and enjoyed our first glimpses of the Cape:


The track along the clifftop was very pretty, through dry coastal bushland, and it was soon clear that there would be a good display of spring flowers. 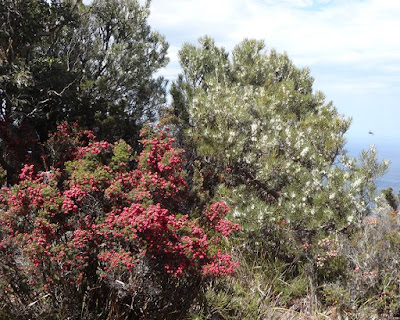 Then we were heading down the incline, through sheltered and still slightly damp woodland, toward the exposed plateau of the headland. 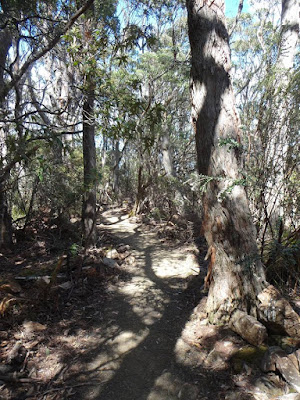 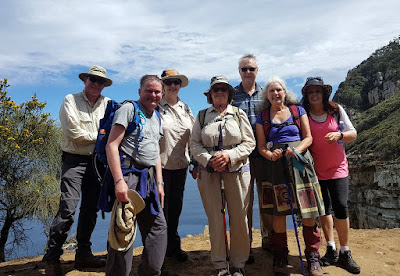 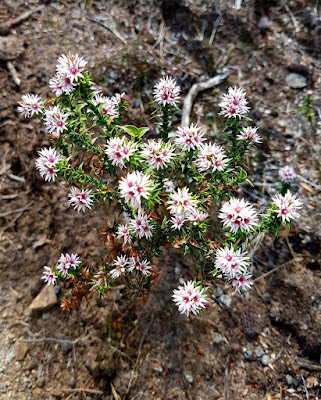 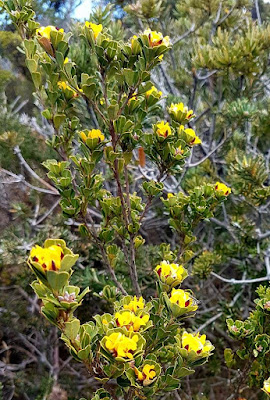 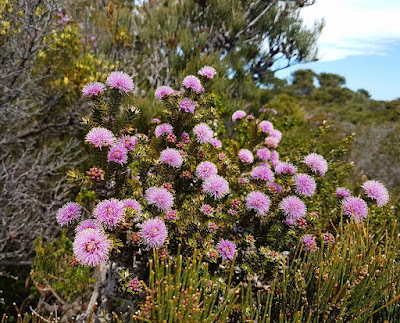 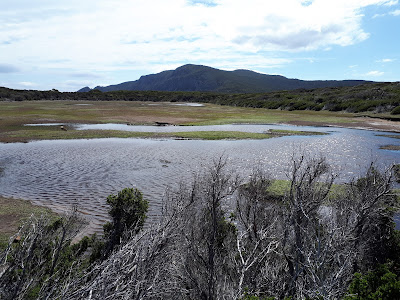 Near the shallow lake we passed the workers' tent and tools of trade.  From this windswept plateau we were quite near the point of the Cape: 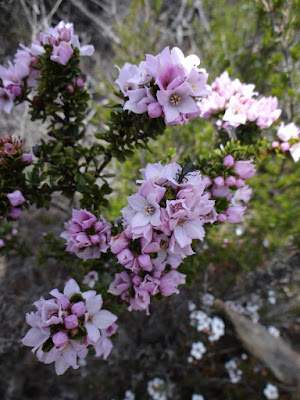 After 2h 15 mins walking, we found some rocks with a view on the point of the Cape, and sat down to devour our very welcome lunches.  Our views to the south were great - while munching we saw ships steaming towards the Derwent, fur seals swimming, and albatross and martins flying. 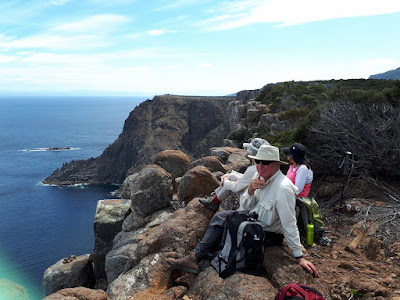 After about half an hour, we got going again.  Doubling back, we visited the new lookout just to the north over the seal colony.  We could hear the fur seals barking below, it was lovely. 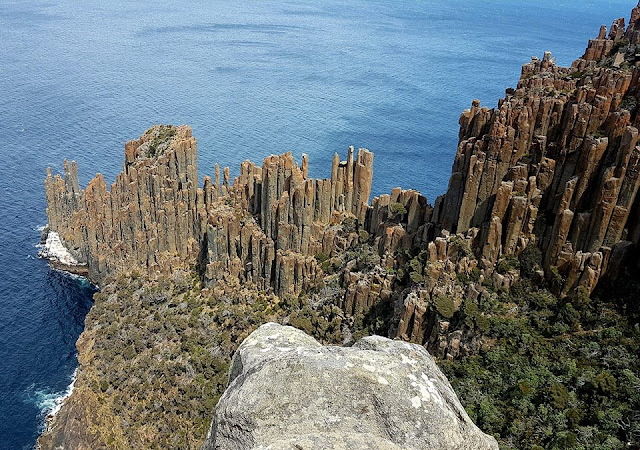 It felt like a long walk back, there being a fair bit of uphill in this direction, so there was plenty of time for talking. 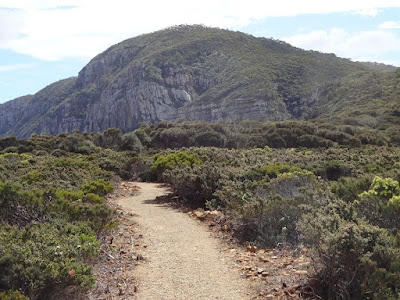 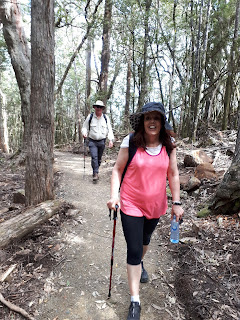 By the final downhill stretch to the carpark we were a bit tuckered out (it was 14 km after all!), so conversation gave way to amiable time and space for quiet reflection.

We got back to our cars at 4.05pm, making our walk 5 hours 15 mins, a good effort we thought, given we are a bit out of practice!